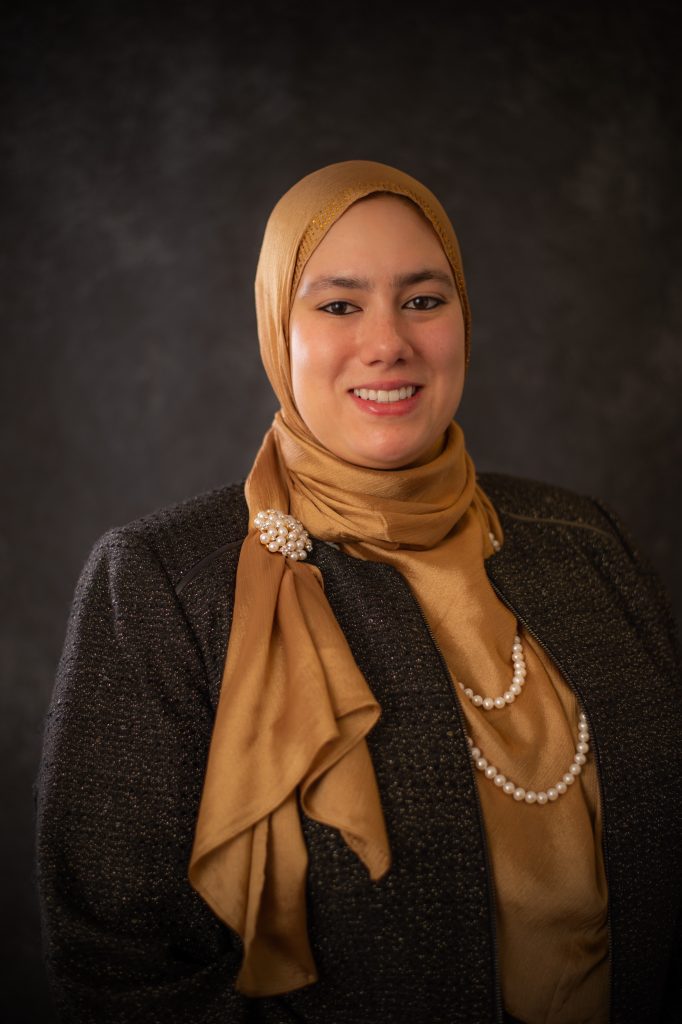 As the Director of Infusion Pharmacy, Dr. Kasseb holds the highest standards of accreditations at her facility including Accreditation Commission for Health Care (ACHC) and Healthcare Quality Association on Accreditation (HQAA).  Dr. Kasseb has garnered extensive experience in the pharmaceutical industry including, but not limited to, infusion medications, clinical pharmacy operations, workflow management, systems implementation, pharmacy software development and third-party claims management. Dr. Kasseb has also held positions as Clinical Pharmacist and Pharmacist-In-Charge for several retail, infusion and compounding pharmacies. Dr. Kasseb is a clinical pharmacist with extensive background in the pharmacy industry.

She received her Doctor of Pharmacy from the University of Louisiana College of Pharmacy (ULM-COP), Monroe, Louisiana in 2010.  Dr. Kasseb then worked with the Sear’s Holding Company Kmart Pharmacy in Pineville, LA from 2011 to 2012 where she met her loving husband, Osama Kasseb, and moved to Houston, TX.  In 2014, Dr. Kasseb completed a Post Graduate Year 1 Pharmacy Practice Residency at the CHI Baylor St. Luke’s Medical Center and a Teaching and Scholarship in Academia at the University of Houston College of Pharmacy.  Dr. Kasseb obtained IV Certification for Sterile Pharmaceutical Compounding from TRINU in 2012, Advanced Cardiovascular Life Support Certification from the American Heart Association in 2013, Pharmacy-Based Immunization from the American Pharmacists Association (APhA) in 2011, and Medication Therapy Management National Certification in 2011.  She is a licensed pharmacist in both Texas and Louisiana.

Dr. Kasseb, Co-Founder of the Kasseb Foundation enjoys giving back; a project that raises funds to provide education, water and homes to those in need in the US and Africa.  Dr. Kasseb lives in Pearland, TX with her husband Osama Kasseb, who is a pharmacist and business owner, and their son Hussein. 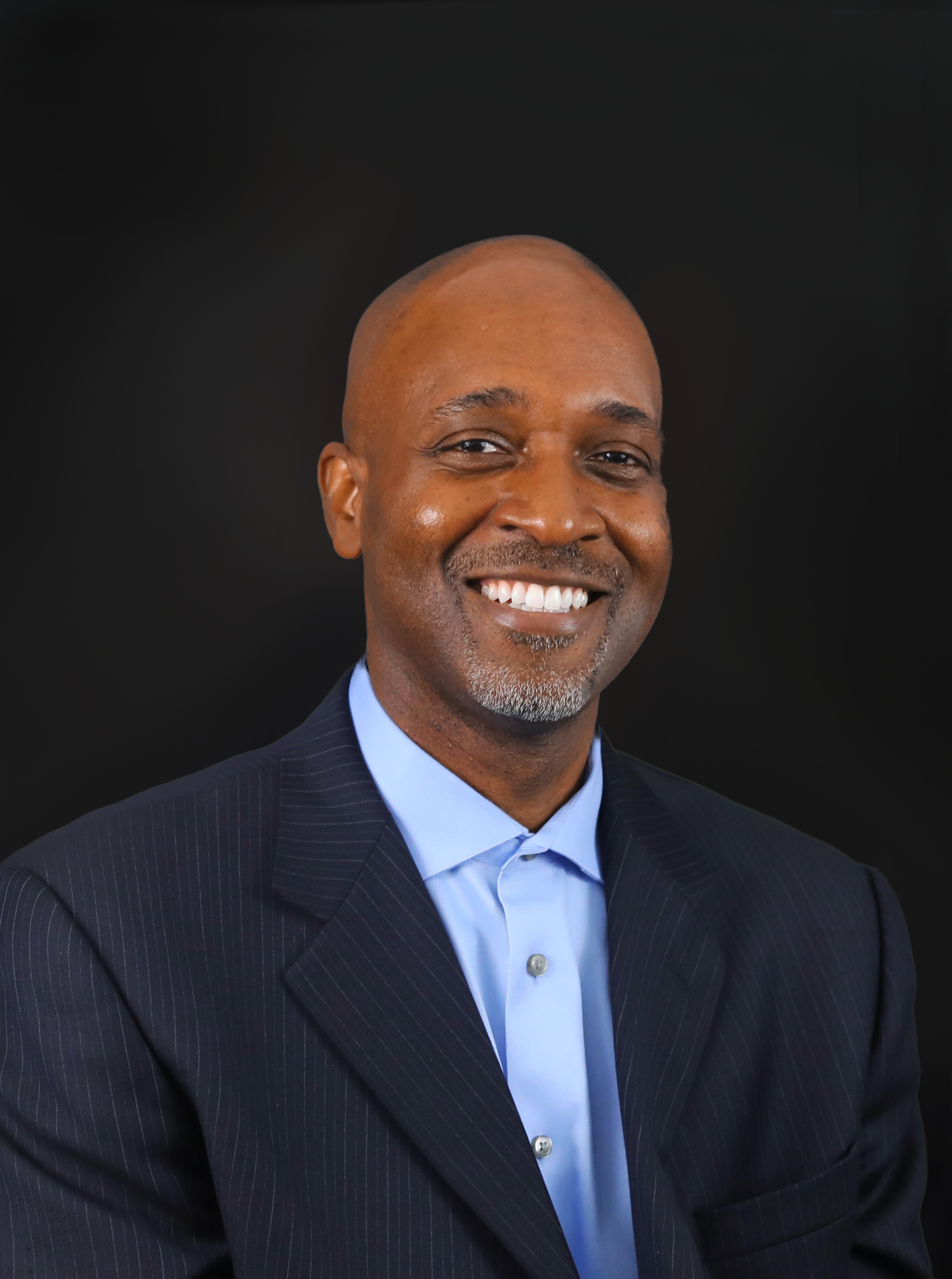 Director of Business Development and Marketing

Charles holds over 20 years of sales management and consulting within the pharmacy benefit management, specialty pharmacy, and pharmaceutical sectors of healthcare. His career within healthcare began with Merck pharmaceuticals as a territory representative. In 5 years, he dedicated his focus to the specialty pharmacy and PBM sectors of healthcare. He started as a team leader within CVS Health, OptumRx, and AcariaHealth he also sought opportunities as a consultant with BioPlus, Pride, OmniPlus, and Entrust specialty pharmacies through the years of the phenomenal growth of several mergers and acquisitions.

His passion has been branding a service and sales organization into profitability. He has created service and selling models as a consultant within organizations that directly link the aspects of “why” things need to be done, and “how” to execute that idea for continuity of service and vertical growth.

Charles originally hails from the Greenwood District of “Black-WallStreet, Tulsa, Oklahoma. His family owned a business within that district for over 50 years, however “Black WallStreet” is known as far back as the early 1920s. Since leaving Tulsa his roots are within Texas for the last 20+ years. 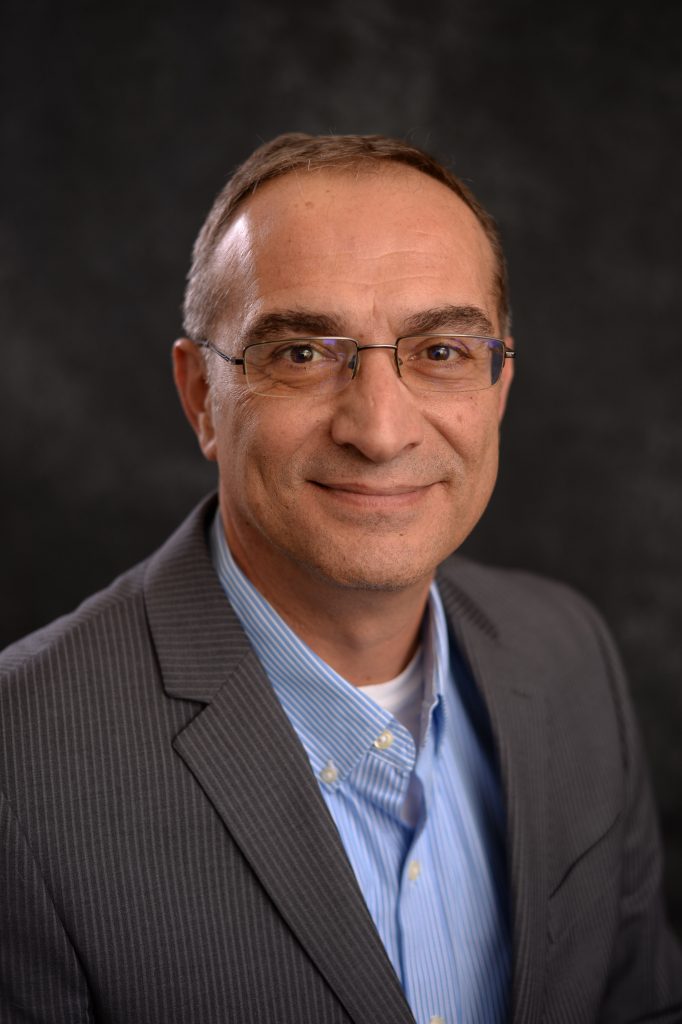 Alex Saliba is an innovative and driven accounting professional with over 25 years of financial and accounting experience.  That experience includes working in a CFO and Controllership capacities that involved innovative accounting solutions from start-up environments to multi-million publicly traded companies.

Responsibilities ranged from setting up opening balances to financial modeling, management reporting, budgeting, forecasting, internal controls, desktop procedures, revenue recognitions, acquisitions and mergers including proper asset valuations, variance analysis, treasury management, consolidations and financial statement preparations. Over the past 5 years Alex worked in a CFO capacity for one of the largest independent pharmacy owners in the state of Texas.  He has extensive experience within the pharmacy industry working with the PSAO’s, PBM’s and wholesalers to ensure maximum reimbursement on adjudicated claims. 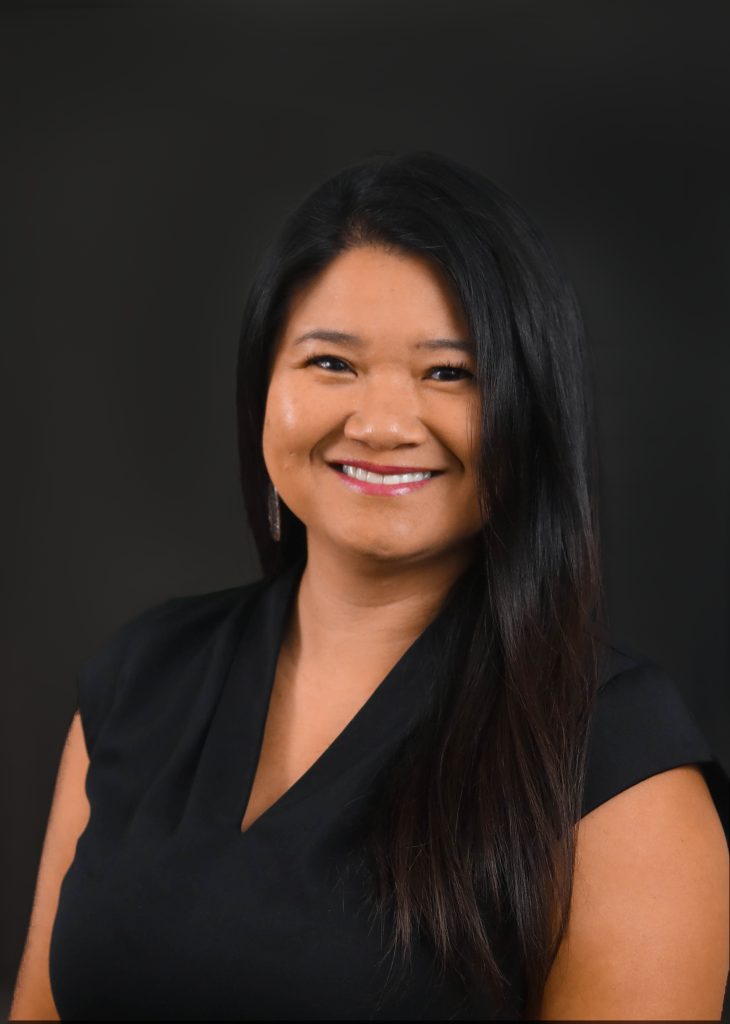 Nancy is energetic, tenacious, and goal oriented with 15+ years of B2B outside sales experience in the Pharmacy, Medical & DME industries, accomplished as an account manager and in customer relations. She has a proven ability to develop new business and increase sales within any given territory. Nancy received a BS degree from the University of Houston- Downtown. She also holds a Texas Real Estate Salesperson License. She is bilingual in English & Vietnamese. In her spare time, she volunteers at her community church as the Life Teen Coordinator. She has been married for 5 years and has 3 beautiful children. She enjoys spending time with her family, listening to country folk Vietnamese music, cooking, watching Korean Dramas and loves football. Go Texans! 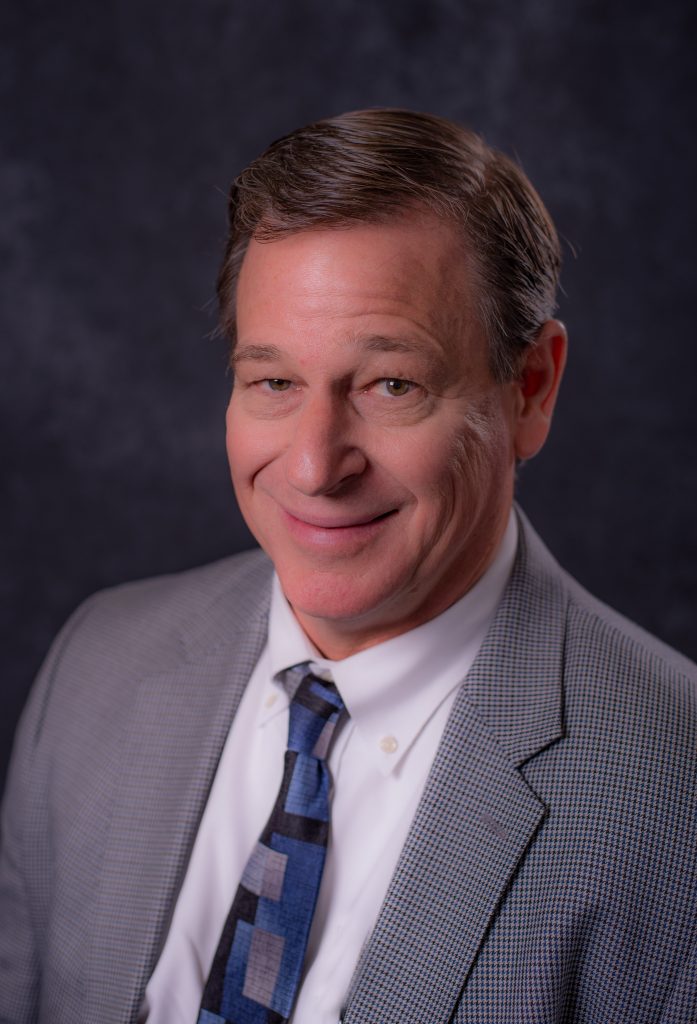 Bob is an accomplished Business Development & Account Management professional with over 20 years working in the Medical, Pharmaceutical, and Pharmacy industries. He is highly skilled at working with a vast number of biologics across several different disease states. Bob has a passion for developing long term relationships and delivering impactful patient centric results. Bob received a B.A. degree from Fort Lewis College in Durango, CO. He enjoys spending time with family and is an all-around sports enthusiast. 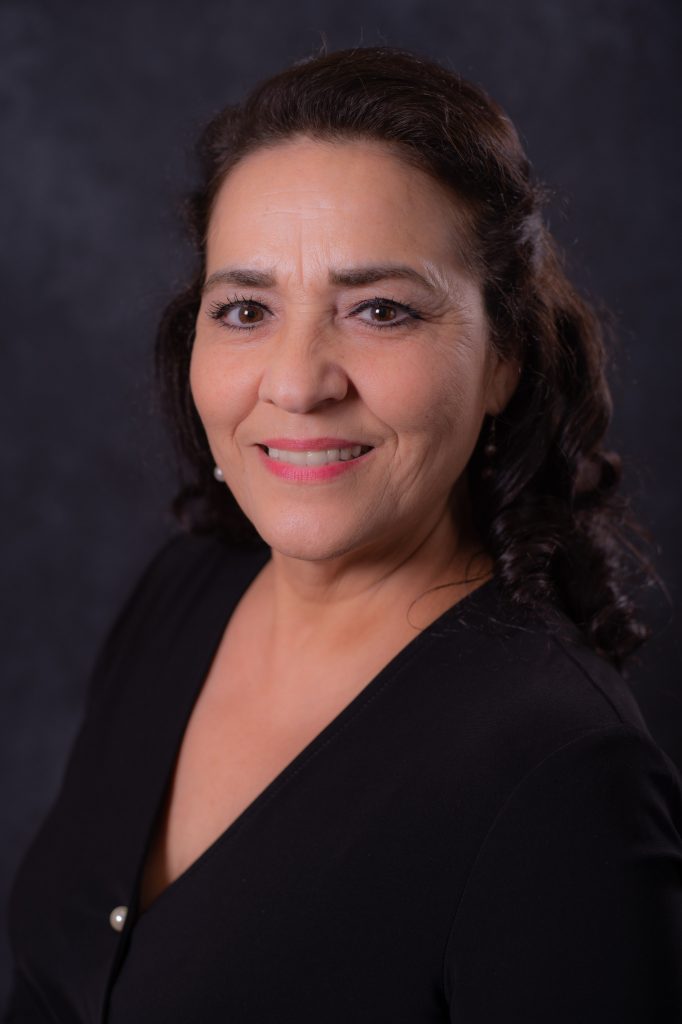 Esmeralda is a highly disciplined and versatile Sales Executive with over 20 years’ experience in the Medical and Pharmacy industry. Esmeralda is responsible for working with various professionals in the health care industry. She is highly knowledgeable in compound customized medications and various biologics. Developing strong relationships is the foundation of everything Esmeralda does both professionally and personally. Outside of work Esmeralda enjoys spending time with family, a good Netflix binge and going on long walks with her 6 dogs. 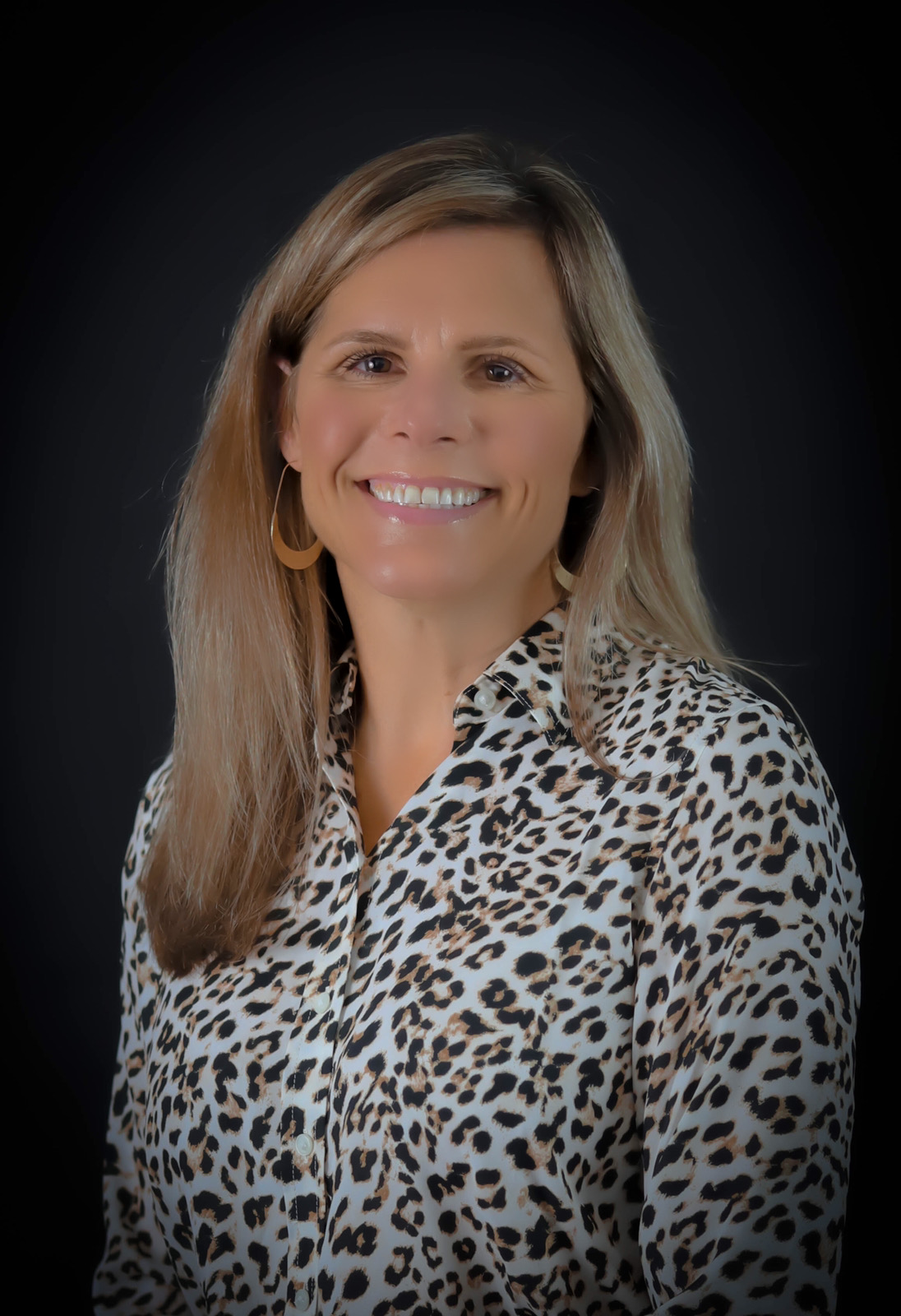 Corrie joined our team with a ten-year track record of success in the pharmaceutical industry.  Her tenure with Abbott Laboratories and Amarin, Inc. included the promotion of therapeutic products in cardiology, endocrinology, urology, and immunology.  Corrie’s experience has resulted in the cultivation of valuable relationships, both personally and professionally, that will strongly contribute to Pyramids’ growth.  She’s a graduate of Texas A&M (Whoop!) and is blessed with a beautiful family and “fur-family”. 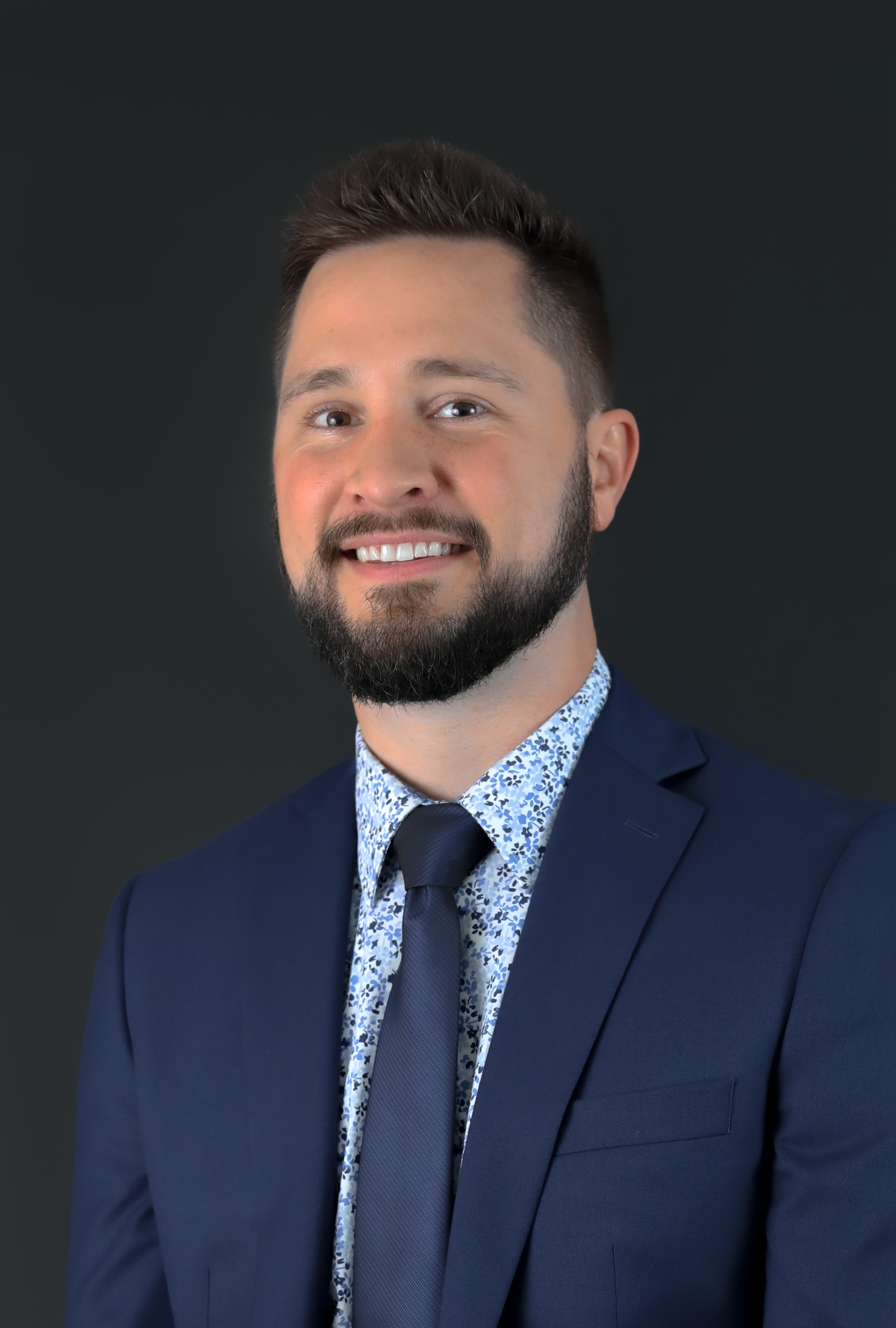 He is highly motivated by a concern for the well-being and needs of others, which continues to drive his success in a career where his products/services truly improve quality of life. His ability to establish unrivaled rapport and lasting business relationships have allowed him to achieve several prestigious awards including Presidents Club and Territory Manager of the Year.

Matt graduated with a BS degree from the University of Utah. He has been married for 14 years, has 3 wonderful children, and 2 dogs. Outside of work he is an avid sports fan and enjoys riding motorcycles and ATVs in the beautiful mountains of Utah. 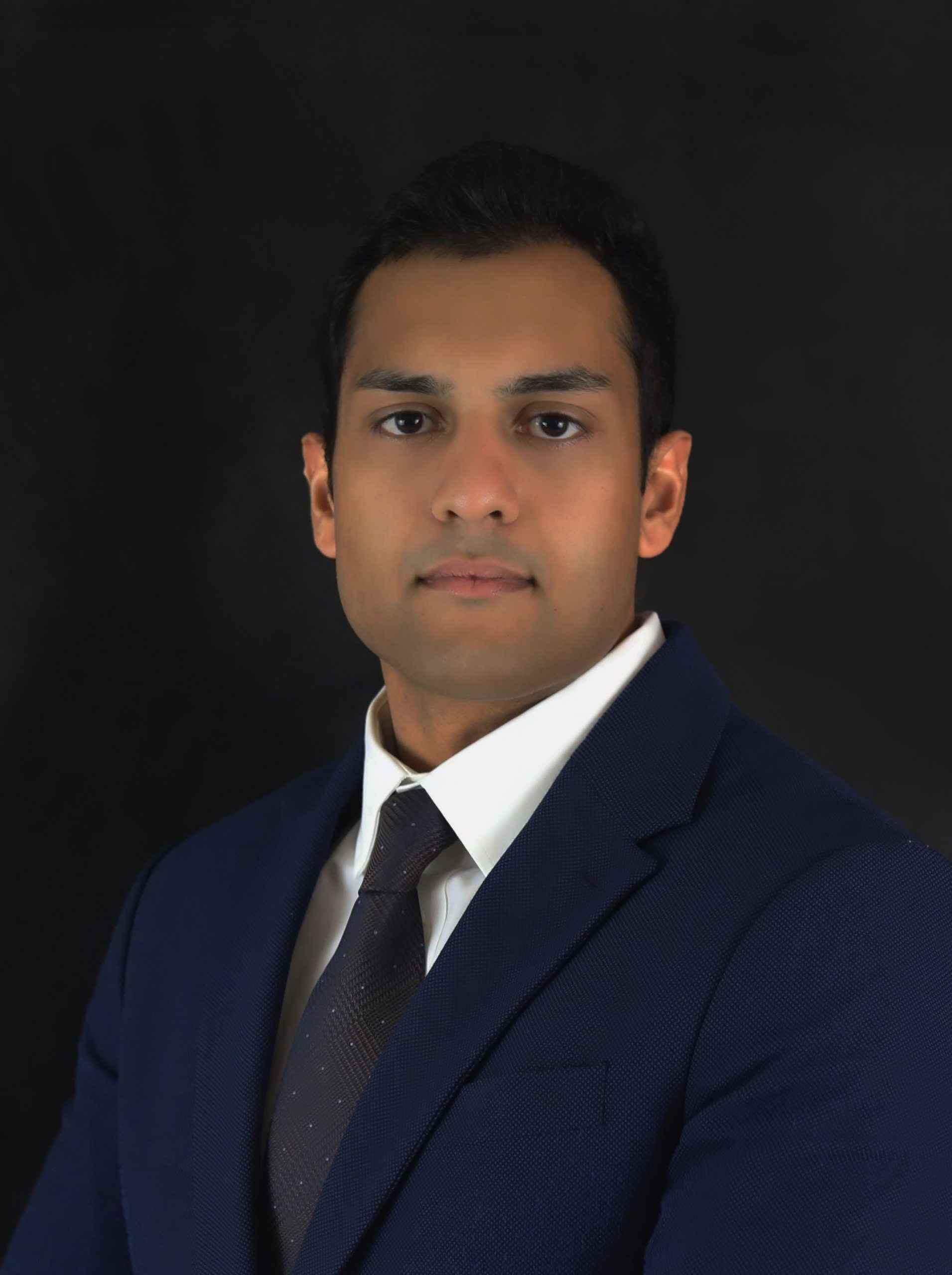 Aamer brings several years of valuable experience working alongside some of the most established academic institutions across the country, focusing primarily on autoimmune disorders and immune deficiencies.

He is a people oriented, results driven and empathetic professional.

What motivates him to work hard for his clients is to deliver positive clinical outcomes, improve the quality of patients’ lives and make the entire pharmacy experience seamless.

Outside of industry, he is an optimist, fitness oriented, enjoys cooking, volunteering with charities, speaks three different languages (Hindi,Urdu,Italian) and a loyal Green Bay Packers fan. 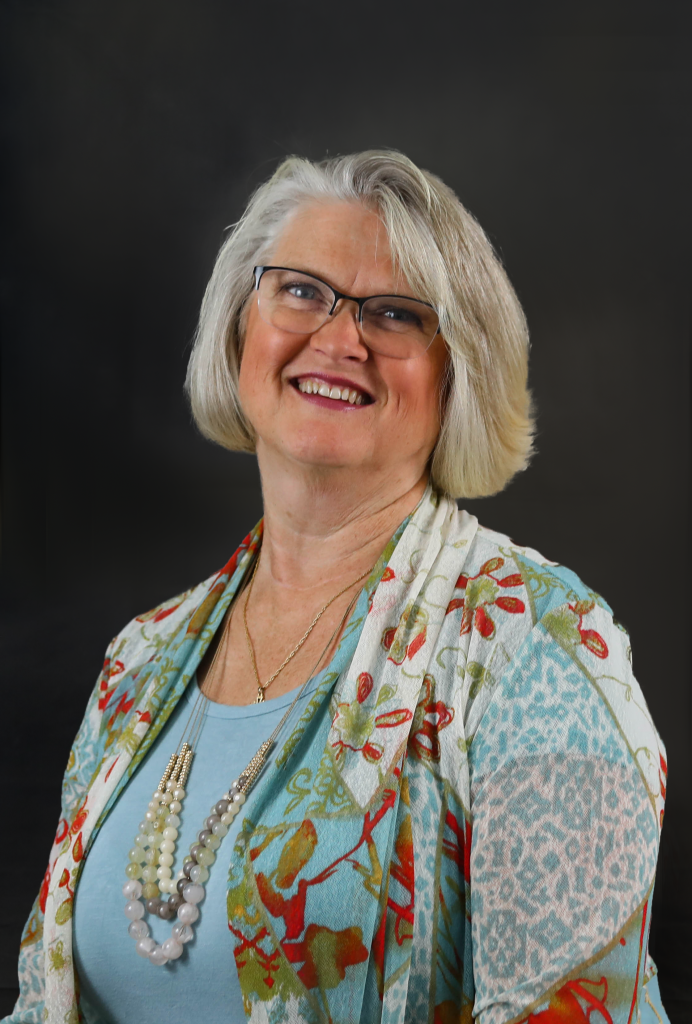 Cheryl is a Human Resources Generalist. It gives her great pleasure to help all employees, and she takes initiative to make the office environment feel like a strong family environment. Keeping things running smoothly is a challenge that she is willing to take on.

Cheryl’s heart is with her home and 3 grown, married children and 7 grandchildren who live in various parts of the country. She serves at her church and as a wife/mother/grandmother for 41 years. She has no use for outdoor gardening or working out at the gym, but cooking, sewing, and DIY projects give her great joy. 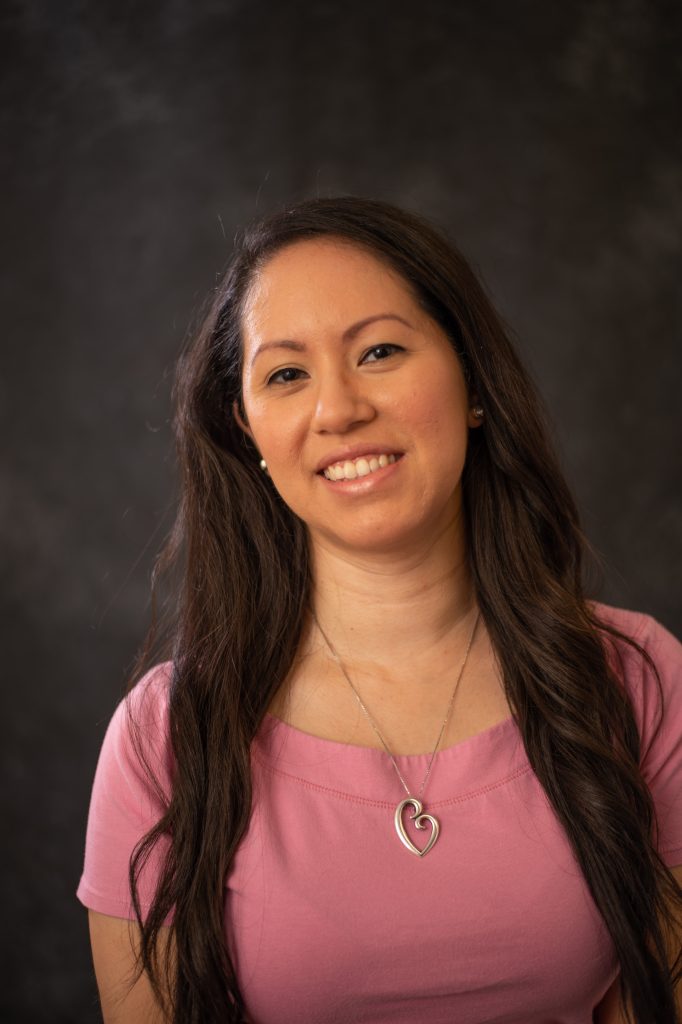 Joana Chable has been part of the Pyramids Pharmacy team since January 2013. She began her work experience all pharmacy level and transitioned to Pharmacy Management Services as the Business Operations Assistant Manager in October 2016.

She is responsible for assisting with the day-to-day management of many of our pharmacy locations.  She works closely with Pharmacy Management Services and Pyramids’ Operations Managers and Senior Leadership to ensure physician and patients’ needs are being met with an exceptional level of service and attention.

Joana helps in the operational needs of the facilities, coordinating technology, equipment, maintenance and repair needs, project implementation, capital planning, and a variety of other tasks unique to running a pharmacy.

Outside of work; Joana is married with two children and enjoys spending time with her family and friends. 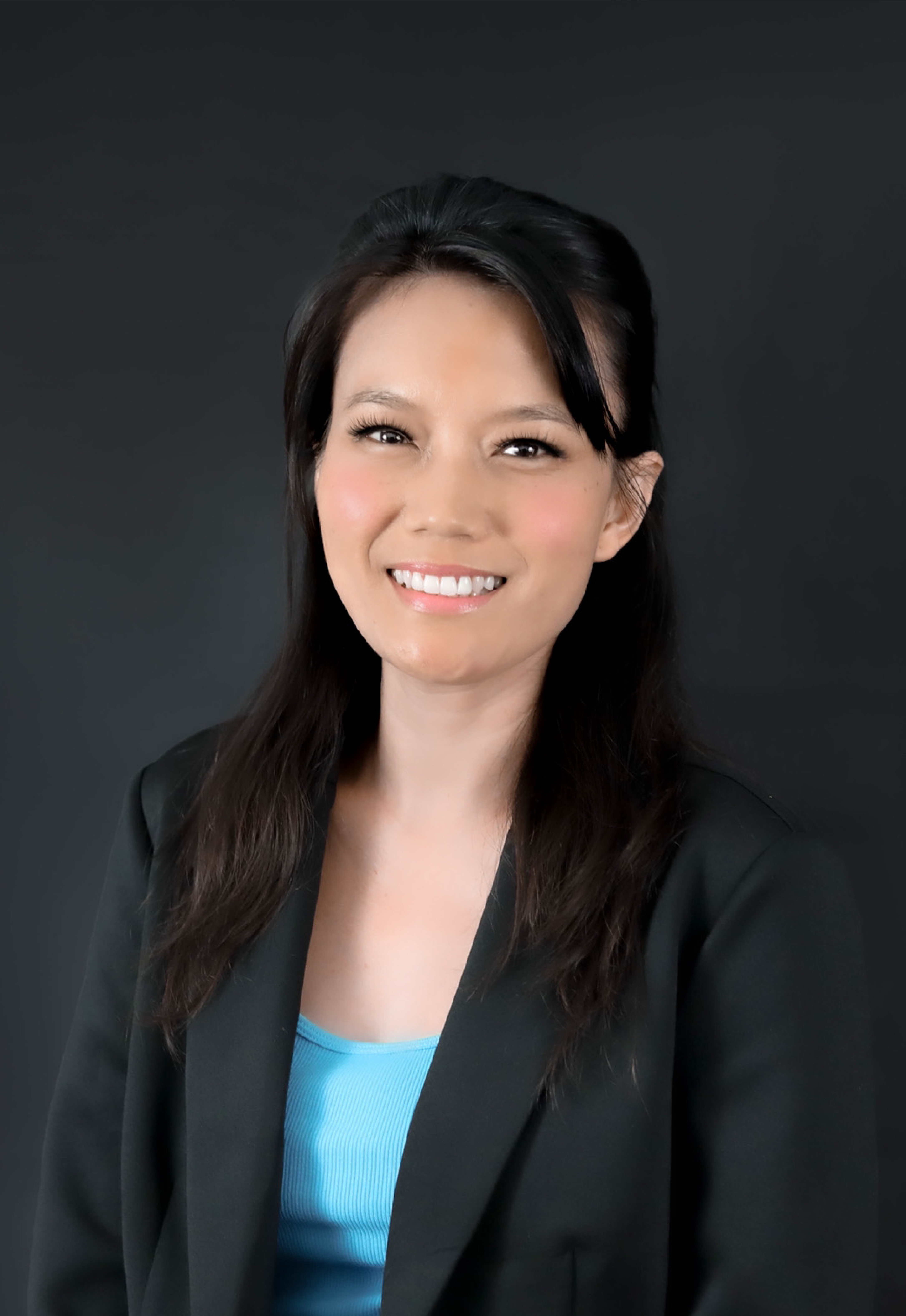 Viviene brings over 8 years of office administration and accounting experience. She has been involved in various aspects of accounting from AP/AR, maintaining books and records, payroll processing to generating monthly and annual reports. Over the years, her experience spans both in operations and administrations and have handled financial strategies through accounting software and web-based portals.
Outside of work she is a member of music team in church and has her own band playing in various places within Texas. 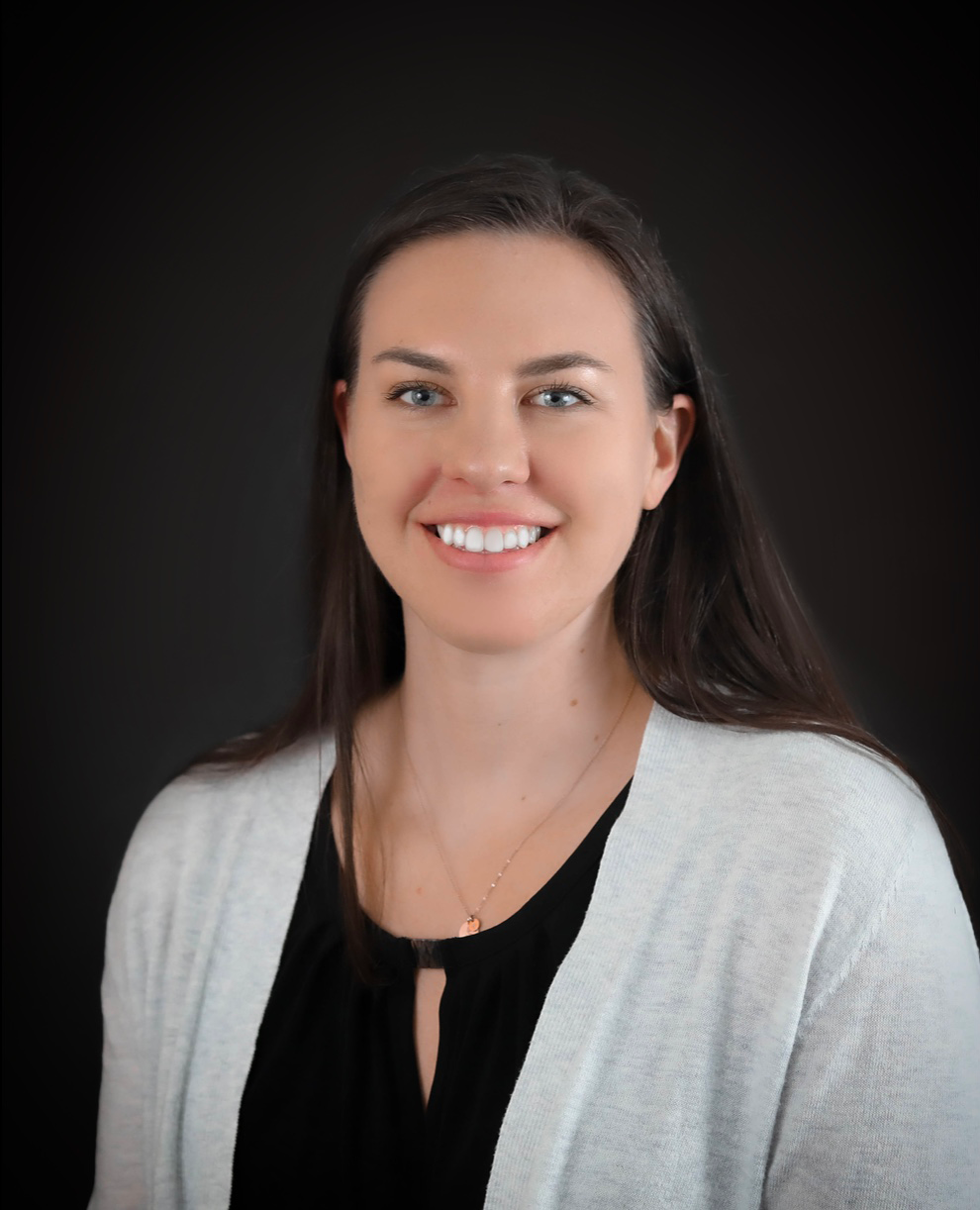 Amy is an administrative coordinator with 3 years of experience as a retail manager, so multi-tasking and taking on new challenges are her strong suits. In 2015, She received her bachelor’s degree in Psychology at Texas A&M University. She enjoys connecting with others, both professionally and personally. In her free time, she enjoys country dancing, being active, and spending time outdoors or on the water. 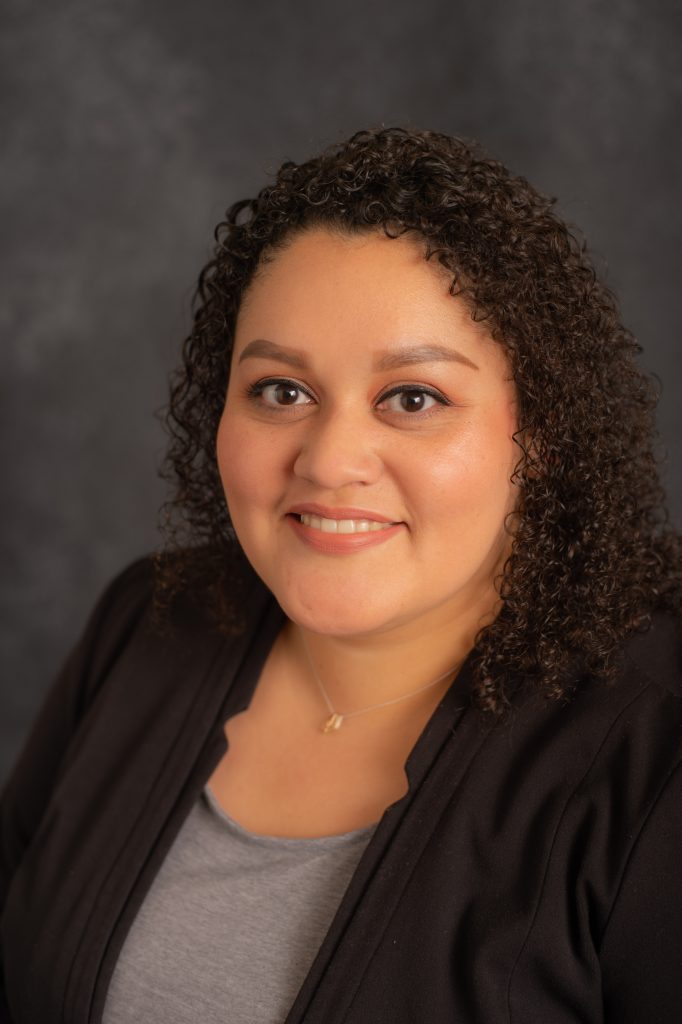 Veronica Ogun is a seasoned Administrator with 5 years of experience. She has extensive experience with all administrative tasks, including scheduling and correspondence.  Having held positions in the business and medical fields, Veronica is able to tailor her skills to meet the needs of various clients.

She has increased efficiency in several of her assigned roles, and is very effective at communication and team work.

Veronica enjoys spending time with her husband, son and extended family, and soaking up the sun at the beach and fishing. 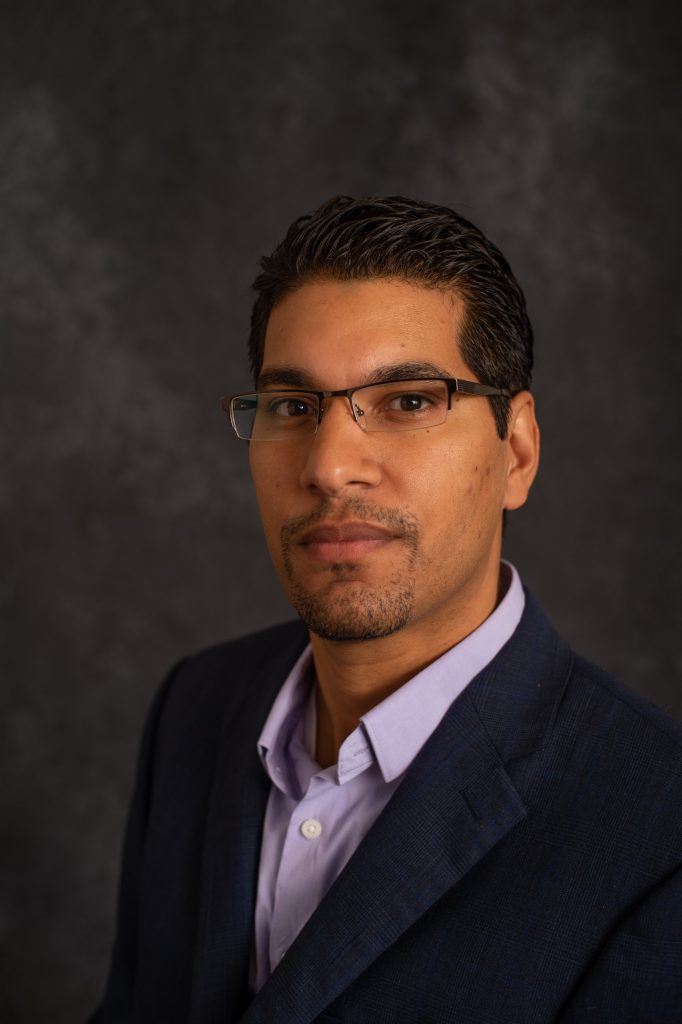 Eddy Abreu is an IT Tech Support specialist with 16 years of Information Technology experience. Eddy is originally from NYC and currently resides in Katy, Tx. He has training on all hardware aspects in the IT field from servers to photo equipment. In college, Eddie loved working as a lifeguard due to his swimming interests. He is very stubborn when it comes to troubleshooting IT equipment, and remains persistent in resolving any issue. Eddie loves football, basketball, bowling, and attending church. He has been married for 12 years and has 1 daughter. 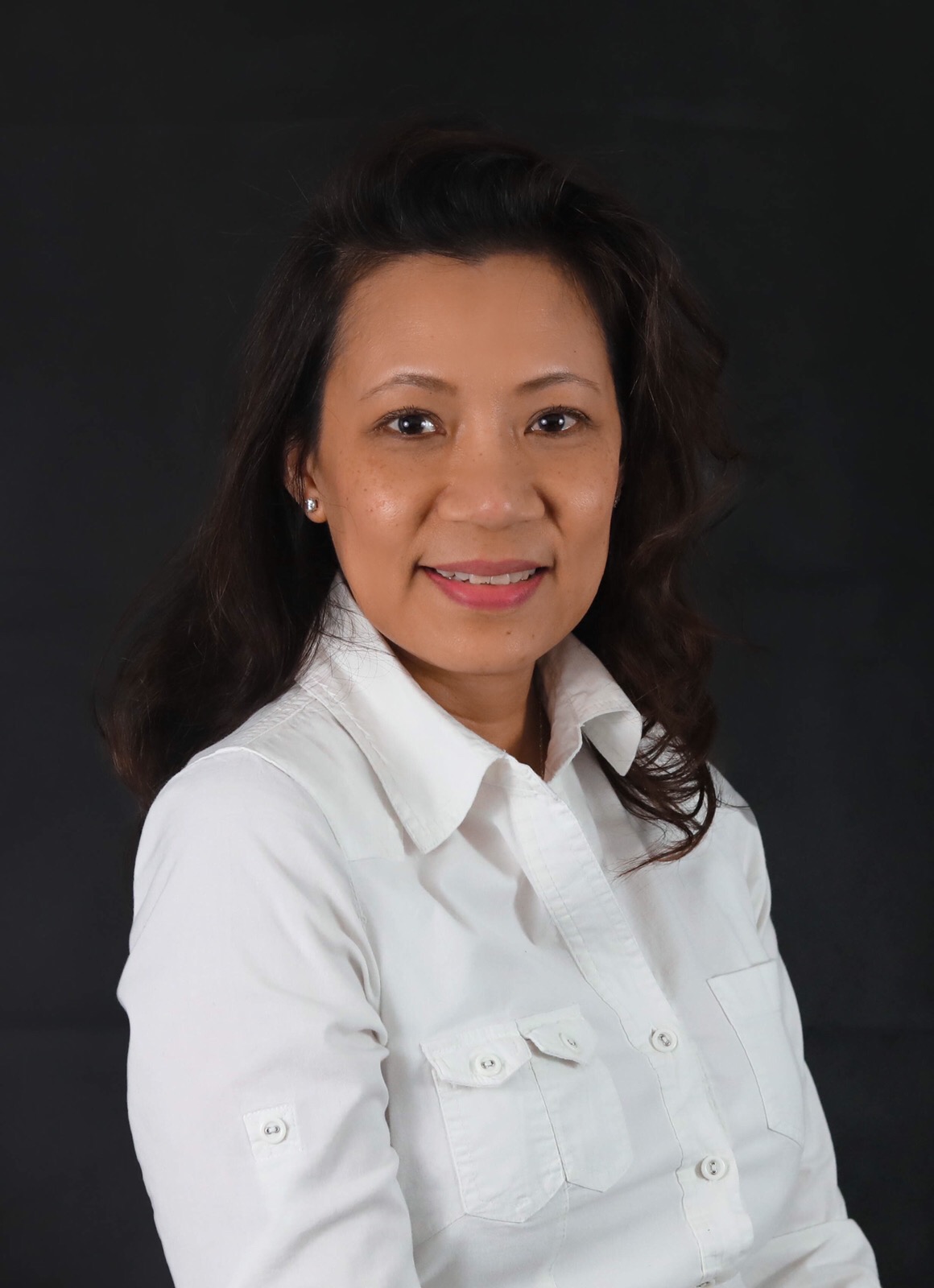 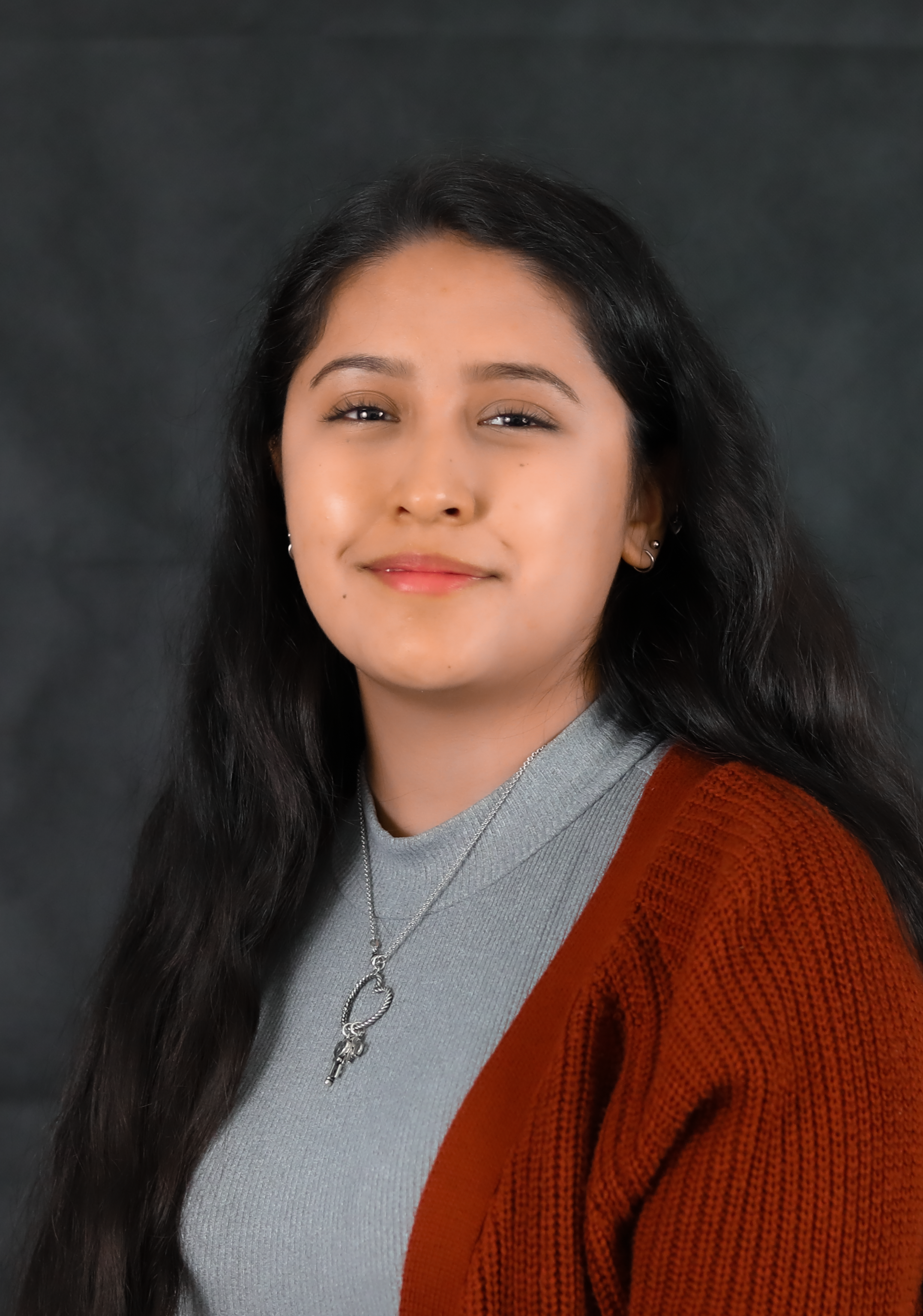 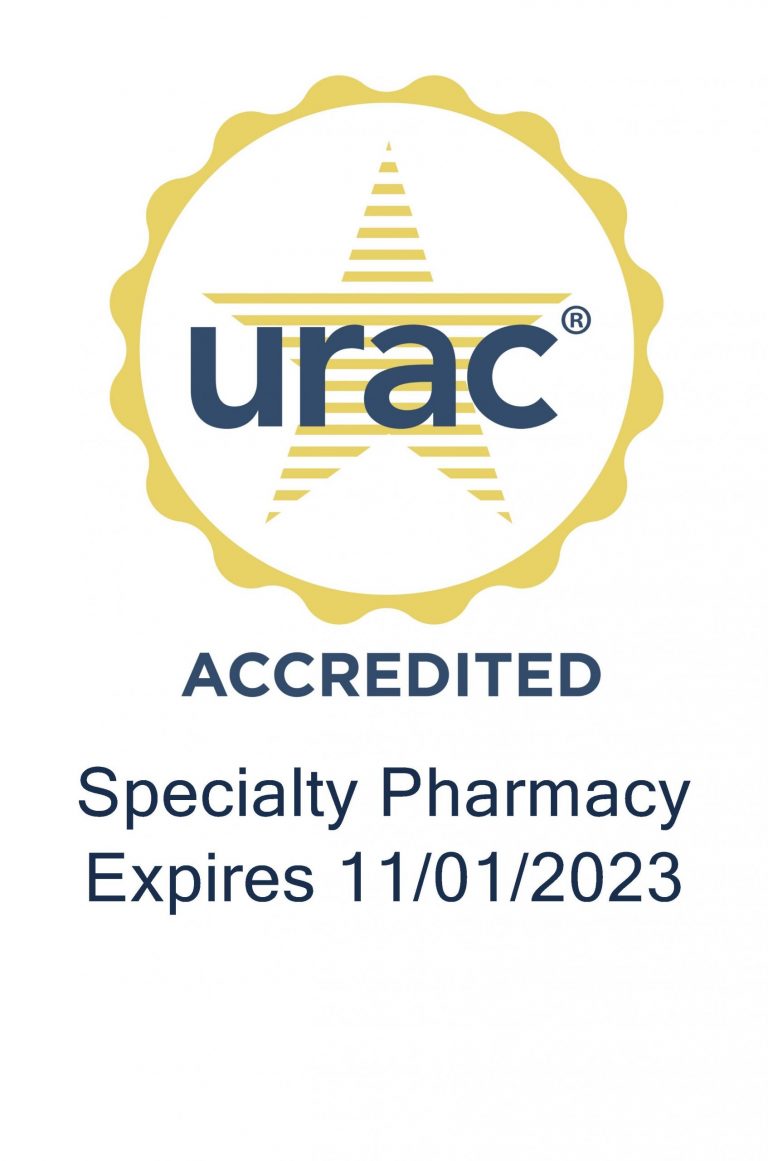 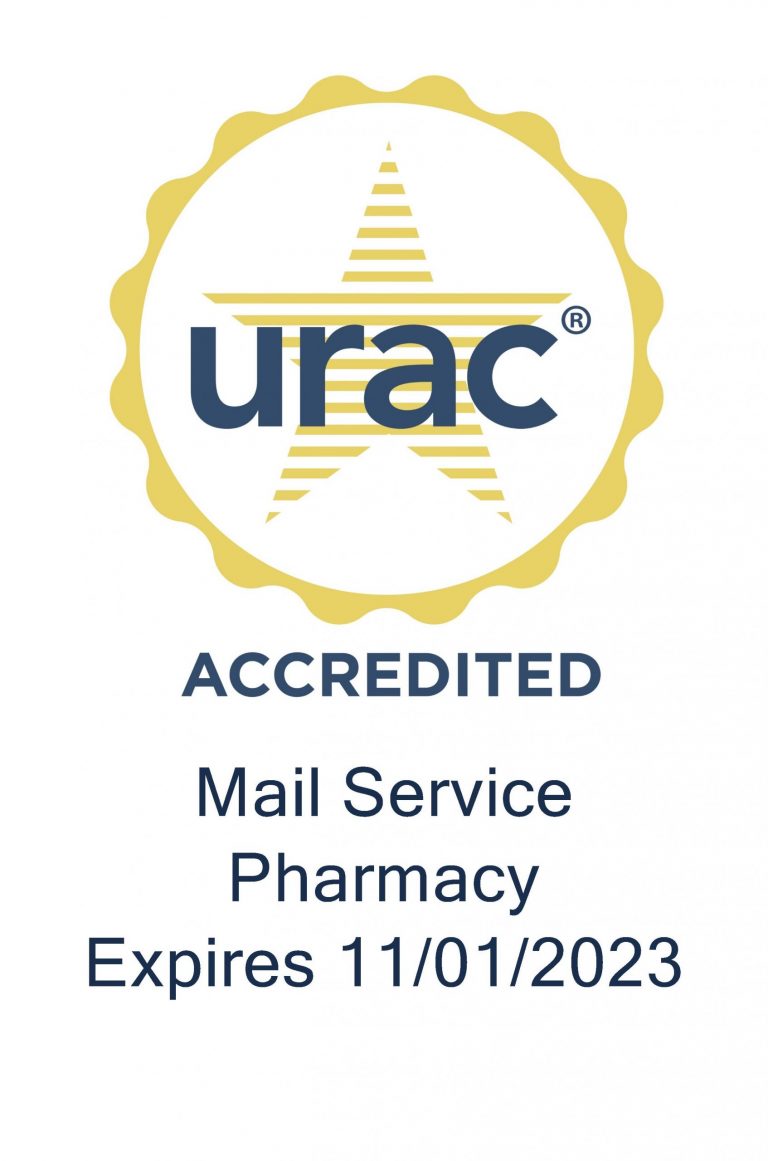 *This offer is not valid for prescriptions purchased under Medicaid, Medicare or similar federal or state programs or for patients who are Medicare eligible and enrolled in an employer-sponsored group waiver health plan or government-subsidized prescription drug benefit program for retirees. Offer not valid where prohibited by law, taxed or restricted. Offer is not transferable, is limited to one per person and may not be combined with any other offer.